Demystifying DMaaS – What makes InCommand Data Center Management as a Service different from DCIM? Pt I

Data center infrastructure management (DCIM) companies have attempted to write software to address customer issues. But often developers weren’t the ones who had to use the software to solve problems; the platform designers and end users were two separate groups losing at a game of telephone. This left users struggling

Contributing to the chaos, boutique operations were churning out a skyrocketing number of DCIM solutions (see box out), and the big infrastructure players also got into the game quickly. For some, DCIM to DMaaS was seen as an opportunity to land and expand. Big DCIM software platforms are designed to have modules added regularly. Once an enterprise started using an initial set of modules within its data center, the goal of the supplier was to add to and expand the license. Customers retained control through their choice of modules, and they also took responsibility for the data.

As with the boutique solutions, issues with data arose. Ensuring that the correct data is captured and kept current in the system can be an onerous task. For many companies with overstretched M+E teams, excelling at data maintenance and management was not a priority. Without effective policies and procedures in place, some just weren’t very good at it. The data – the most vital part of the solution – was becoming the problem.

This is because without good discipline on how to make changes in the data center, it is impossible to maintain good accurate data. Data center people, like IT people, are reliable because they are change averse. Friction can arise when new practices are proposed and new disciplines are introduced which require training.

So then, instead of offering software and training people to use it, the obvious answer for DCIM vendors was to provide infrastructure management as a service. At first this appears to address the stakeholder issue; in any data center, many stakeholders exist. On the facility side, multiple sets of stakeholders are aboard, with even more on the IT side (networking, storage, server, cyber, devops, architects, CIOs).

This has led to some companies viewing DCIM as an opportunity to add a service wraparound onto a software platform. In reality, as often as not, this meant adding bodies. Once a platform is adopted, next comes the bodies, often expensive resources, to tune and operate it. As the market evolved, DCIM got an outsourcing badge. At times this simply meant it became an exercise where the customer hired outside firms to put people into the data center with a brief to manage it. The drawback was that the providers managed the facility using whichever data center toolset was chosen by the user.

The proposition was that the provider would bring in data center skilled people who would do whatever was asked of them using an existing or new tool set. This might include populating an ITSM, ticketing system, managing services and CMDB.

Whether managed in-house or through third party, the data center operator still finds themselves with a set of software tools to install, stand up and manage. It cannot outsource the additional responsibilities on the data side. Instead of gaining the simplicity of an “as a service” solution, this adds complexity. Then, as can be found often in software-driven projects after the initial excitement, user buy-in fades, few benefits are shown and enthusiasm evaporates. At best, things go back to how they were. At worst? Months of pain ensue.

Box Out 1
DCIM, a brief history

The great thing about DCIM is that it spawned so many “solutions.”

The terrible thing about DCIM is that it spawned so many “solutions.”

It is hard to find an exact number but at its height – or as one analyst would have it, the peak of its hype cycle – more than 100 standalone DCIM tools and solutions companies existed in the market. And many more inside large suppliers.

Amid some sound approaches and good products, a fragmented supply side of tools and platforms were rushed to market, meaning DCIM take-up never matched the initial optimism.

This may have been because data center managers found training engineers on new software didn’t automatically result in providing answers to how best to extract, manage and act on relevant data.

On the demand side, some early adopter data center operators gained visibility into some parts of their infrastructure for the first time. But many were left disappointed.

The road to real DMaaS

So what’s this latest acronym that’s brewing in the space – data center management as a service (DMaaS)? Despite what some definitions might proffer, DMaaS is not DCIM. Nor is it DCIM on steroids, nor is it simply DCIM delivered from a cloud.

“The difference between DCIM and DMaaS”

The difference between a DCIM software license, a cloud-delivered DCIM and the Serverfarm InCommand service is a combination of a platform, people and policies developed through experience of actually operating a global commercial data center fleet serving every type of customer and stakeholder.

A DMaaS approach delivered with Serverfarm’s InCommand platform can be seen as adding an entire team to the operation and that team brings with it the software and the expertise to take control of the infrastructure while leaving applications and workloads in the care of the operator.

A real DMaaS solution, such as Serverfarm’s, is the entire data center management toolset delivered through a cloud platform. This is overseen and operated by trained experts in data center infrastructure, but also experts in the toolset and platform that is delivered as an integrated service.

Read the next part in this three part blog series 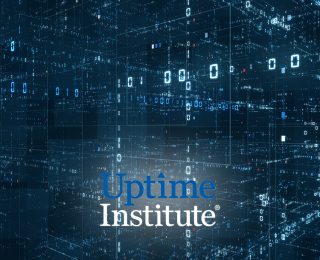 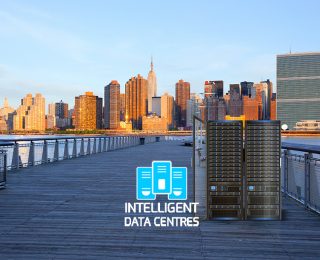 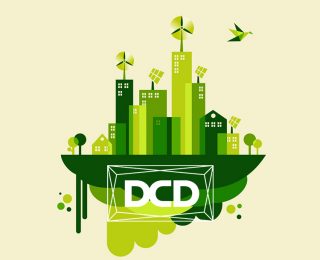