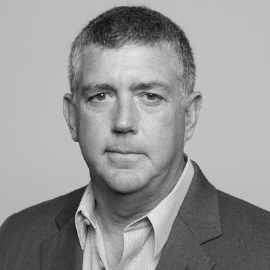 As head of Customer Care for our Data Center Operations, Bob Glavan plays a crucial role in the operational oversight and client satisfaction of Serverfarm and brings 29 years of Data Center and IT experience and expertise to the creation and expansion of data center enterprises.

During his tenure as vice president of internet data center operations at Savvis, Glavan directed 1.5 million square-feet of data centers across 28 locations and successfully established eight new data centers in North America over six years. He also generated a $16 million reduction in operation costs per year while simultaneously increasing reliability and improving quality control — earning him the 2004 Telecommunications Industry Merger of the Year award from Forrester Associates.

Glavan’s proven track record as VP of operations extends to such companies as Reuters and Dow Jones where he played a key role in the acquisition and integration of nine separate financial companies and their respective technical operations. At Dow Jones, Glavan earned the Barney Kilgore award for his efforts in recovering California operations after two major earthquakes.

Glavan is a graduate of the Lincoln Institute of Technology with a degree in Computer Systems Technology. He is a regular contributor to Tier 1 Research and the Uptime Institute and is actively on the Board of Directors for 7X24 Exchange Silicon Valley Chapter.