Opinion piece about how the needs of smart cities call for new strategies in building and managing data centres. 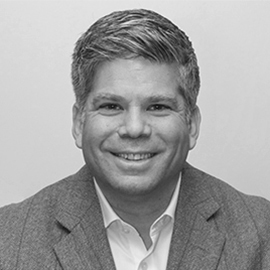 The promise of smart cities is alluring. According to McKinsey, the emerging technology that will support our urban centres promises a 40 per cent drop in assaults and burglaries, 15 to 30 minutes shaved off the average commute and a 30 per cent decrease in water consumption.

But to achieve this tech-enabled urban society, we need to close the connectivity gap. The emerging tech that enables smart cities requires more bandwidth and faster connectivity, but the growth rate of citizens moving to urban locations exacerbates this challenge.

The UN estimates that 68 per cent of the world’s population will live in urban areas by 2050, and finding the infrastructure and connectivity to support such a large percentage of the population is the main challenge.

As municipalities look to make smart cities a reality, they need to find ways to increase levels of connectivity while ensuring less network lag time. Smart cities are changing data centre real estate, and infrastructure providers need to get creative about how they offer data centre space close to large cities.

The needs of smart cities call for new strategies in building and managing data centres. In the last decade, data centres supporting cloud and consumer applications have been located in rural areas that provide companies inexpensive land and cost-effective electricity prices.

Facebook, for example, built its original data centre in Prineville, Oregon, located in the rural centre of the state. Other cloud service providers also previously built huge facilities in rural areas such as Hamina and Lulea in the Nordics and Washington state in the US.

However, these remote centres can’t deliver the speed and low levels of latency required for applications like autonomous vehicles, connected traffic management systems and more. They’re simply too far from end users and devices. Additionally, the building of rural-based centres comes with extremely long lead times, which is to be expected for a 100,000-plus square foot facility.

“As the demand for fast, low latency connectivity grows in urban areas, data centres must be located closer to the users.”

But as the demand for fast, low latency connectivity grows in urban areas, data centres must be located closer to the users.

However, space and power are in short supply in big cities, so the data centre real estate market needs to pivot away from its traditional strategies and find a way to quickly and affordably move to urban environments.

As urban areas become more densely populated, smart cities are the antidote to systems and infrastructure that would otherwise crumble under the burden of supporting large numbers of people. From traffic flow to security systems to emergency services, the capabilities that emerging technology makes possible will keep cities functioning. But it’s not possible without better connectivity, faster speed and lower latency.

Since space and power are in short supply in urban environments, the data centre real estate market and players in the smart cities’ development space need innovative solutions for bringing improved connectivity closer to and in large cities.

“Leasing space in existing data centres in urban areas is emerging as the primary viable alternative to building data centre facilities from the ground up.”

Leasing space in existing data centres in urban areas is emerging as the primary viable alternative to building data centre facilities from the ground up. As enterprise organisations move more workloads to the cloud, data centre space is becoming more readily available in locations that are ideally suited to the needs of smart cities.

The process can be compared to the reconstruction of a home. As a family shrinks when children grow up and move out, the parents are left with more space than needed. Instead of spending money to maintain such a large home just for themselves, they decide to turn the house into multiple apartment units – but doing so would take a number of specialists to deal with architectural details and electrical rewiring, among other adjustments.

The main benefit of leasing in a shared data centre property is the shorter lead times as opposed to building a new centre.

For example, at Serverfarm, we worked with a service provider that wanted to quickly acquire data centre space in London. In four months, we found them real estate in what was formerly a single-tenant data centre, made the necessary adjustments, and set them up with several data halls and over two megawatts of power.

Gaining access to that much capacity in such a short period isn’t possible with a new-build approach.

The success of smart cities hinges on access to adequate connectivity. Since filling this need depends on sourcing computing power from facilities located closer to urban centres, the data centre real estate market will have to pivot to new strategies for leasing out capacity. The conversion of one-party data centres into multiple-party centres will play a significant role in meeting the need. 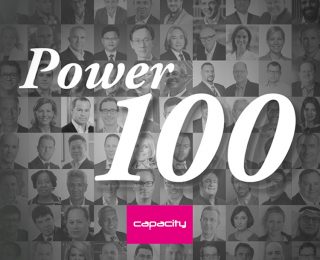 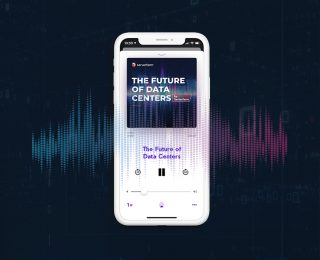 7 Reasons to Listen to The Future of Data Centers Podcast